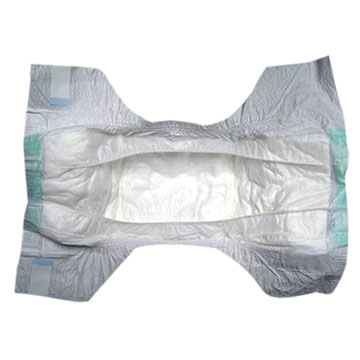 Companies like gDiapers have made headlines as they and others introduce new innovative products into the growing “eco-friendly” diaper market.   With each innovation it seems new questions arise as to whether they are actually improvements or just different versions of the same problem.

The facts are staggering.  Studies have shown an infant goes through between 7,000 and 8,000 diaper changes before entering potty training.  World Watch estimates 450 billion disposable diapers are used each year and contribute nearly 77 million tons of waste to landfills.  Even worse, a disposable diaper normally made out of plastics takes around 500 years to degrade.

What is the solution?  Well a number of companies have created “earth-friendly” diapers however there are varying opinions on how earth friendly these diapers actually are.  Some experts believe the idea of a biodegradable diaper isn’t a solution because of the fact many landfills aren’t conducive to fostering the decomposition process.

Inventors are working to create a biodegradable diaper that will decompose under the conditions found in landfills.  The Australian magazine Ecos reported inventor Charishma Seneviratne has developed just such a diaper.

The Safeties Nature Nappy as they are called will break down in six months under normal conditions or eight months under dry conditions according to the inventor.  Her diapers are made from a new fabric she invented.  They consist of eight layers and a protein gel, and a grafted polymer with natural starch technology to ensure liquid is drawn away from the skin.  The diapers are available now in Australia and New Zealand and distribution deals are being worked out for Europe, the UK and the USA.

One company, gDiapers, has created a diaper system featuring a flushable insert.  The Portland-based company says gDiapers are not made of plastic, elemental chlorine, perfumes so they’re breathable, which means less diaper rash.  It also means they break down, which is why they can be flushed, composted or thrown away.

While the idea of a “flushable” insert sounds promising some aren’t convinced.  Seattle’s King County Wastewater Treatment Division for one advises against flushing them down the toilet, since that may cause problems for home plumbing as well as sewer systems.