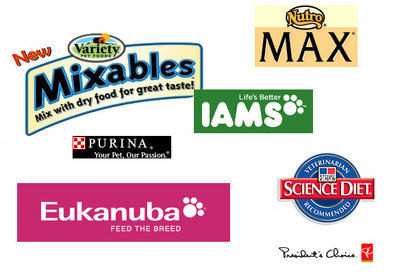 The story on tainted pet food produced by Menu Foods Income Fund keeps developing.  Like Lloyd I am fascinated by this story, not only because I am a pet owner but because it has provided such an interesting look into the pet food industry here in North America – a look industry insiders aren’t happy about.  Its amazing one company controls so much of the wet pet food production in the United States and Canada.  Make no mistake this is a serious issue with Petconnection reporting as of yesterday 1,700 decreased pets reported to its online database.  The Globe & Mail reports class action suits are forming and bills already are in the millions.  Menu Foods website indicates they will take responsibility for vet costs associated to this recall.

What most of us didn’t know

A couple of key points most of us didn’t realize prior to this story developing about pet food production warrant further exploration.  The first is Menu Foods before this story broke and possibly still essentially controls the market in North America relating to canned pet food for both dogs and cats.  Menu is basically the only show in town for companies who want to contract wet pet food production if they don’t have the ability to produce it themselves.

How many of us realized Menu was under contract to produce some of the so-called super premium brands of pet food?  I didn’t.  You can be sure they aren’t happy to have had to publish the list of the 95 brands they make on their website as a result of this recall.  Sure they had to publish the names to help deal with the recall but I can assure you the brands they contract for aren’t happy this information is out there.  Why would they be?  Now we all know the same company that makes Iams wet food also makes Ol’Roy & Special Kitty for Walmart.  Makes you wonder why you’ve been paying 2 or 3 times the price all these years for Iams or Science Diet wet foods.  Oh right the recipes are different… seriously apparently they are with the cheaper food containing more filler and the more expensive having more meat.  Hmm sounds familiar.  Anyway.   Its no wonder why some consumers are feeling duped by what Advertising Age calls the “Pet food industry’s little secret.”

Menu has contracts with Proctor & Gamble to produce Iams & Eukanuba brand wet food (Menu’s 2004 annual report states it has a 10 year agreement with P&G to produce all its wet and pouched food) and Colgate-Palmolive Co. to produce Science Diet wet food as well as with other premium brands like Nutro.  The company that produces all these premium brands also produces canned pet food for Walmart and numerous other supermarkets & stores across the country.  Since this recall was announced I have seen numerous reports on television or in the newspaper where pet owners were amazed their “premium” brand food was part of the recall or produced by Menu – they had no idea, they thought it was “premium.”

Even Purina was affected by the recall because according to their own website they don’t have the ability to independently produce wet dog food served in pouches (a packaging method preferred by some consumers).  Nestle Purina PetCare contracted with Menu to produce its Mighty Dog pouched packaged dog food.

What happens now?  How will consumers react to their “premium” brands in the future and some sound alternatives

In total the recall covered 42 brands of cat food and 53 brands of dog food.  It remains to be seen the impact of the recall on Menu’s retention of customers.  I’d be curious to see retention figures relating to the “premium” brands.

Finally, it will be especially interesting to see the impact of the recall on independent premium pet food brands like Wysong and Castor & Pollux to see if their sales increase as a result of the recall.  Wysong prides itself in producing high quality pet food and claims to adhere to highest standards both in production and environmental impact of its products.   I’d recommend checking Wysong out their products are all made in Wisconsin.  If readers are looking for information on alternative brands look into the Only Natural Pet store in Colorado.  Check the archives here for more information.