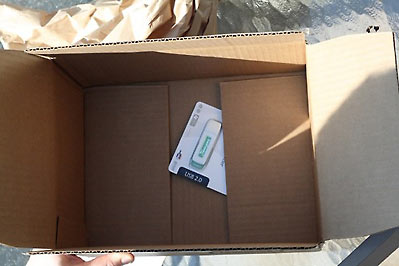 The latest story features a reader who ordered a Kingston 2gb USB flash drive.  The drive arrived promptly from Dell in a box that seemed rather large for the item.

From The Consumerist: “From the looks of David’s package, Dell isn’t close to honoring its promise to switch to alternative packaging within the next two months. This obscenely large box contained nothing more than a 2GB flash drive.”

The fact consumers are reacting in a negative fashion to excessive shipping packaging is important to note.  It serves as an indicator as to how the issue of excessiveness is resonating with consumers.  Is it the fact that consumers react only in instances of egregious over packaging or are people becoming more and more aware of packaging and excessiveness in general?

Dell isn’t alone, Amazon.com is another company whose excessive packaging issues are often featured on the Consumerist.